PAY ATTENTION: Check which news is chosen exactly for you ➡️ find the “Recommended for you” block on the homepage and enjoy!

As the world mourns the death of Queen Elizabeth II, the longest-serving monarch in modern history, her legacy in empowering nations across the globe cannot be overstated.

During her reign as the sovereign ruler of the United Kingdom, the Queen granted sovereignty to ten African countries in sub-regions of the continent.

In this piece, Legit.ng will go back in time to list these African countries and the year they gained independence as sovereign nations. 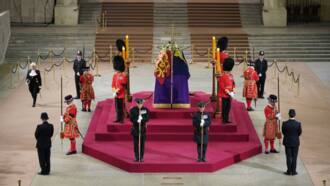 The Gambia is one of the leading West African nations whose antecedent to sovereignty cannot be overlooked in the history books.

According to World Bank Development Index in 2020, The Gambia has a population of 2.417 million.

The West African nation was also part of the British colony before its independence on February 18, 1965. Its capital is in Banjul and its first president was Sir Dawda Kairaba Jawara.

Ghana, formerly the Gold Coast, is a West African country that was also a British colony.

The country is endowed with many natural resources, especially gold.

It has a population of over 31.07 million and shares a border with English-speaking countries like Ivory Coast, Burkina Faso and the Republic of Togo. 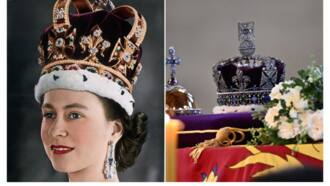 On March 6, 1957, Ghana gained independence and on July 1, 1960, it became a republic whose first leader was Kwame Nkrumah.

Kenya is an East African nation with over 54 million people as a population.

It is an African country with a deep-rooted cultural and traditional history that has existed for centuries.

As a British colony, Kenya gained independence as a sovereign state and on December 12, 1964, the Republic of Kenya was proclaimed and Jomo Kenyatta became the first President of Kenya.

Moreover, in the East African region like Kenya, the Republic of Malawi is a small country with a population of over 20 million people.

It shares a border with Zambia to the west, Tanzania to the north and northeast, and Mozambique to the east, south, and southwest.

As a British colony, Malawi gained independence on July 6, 1964, with Hastings Banda as its first president. 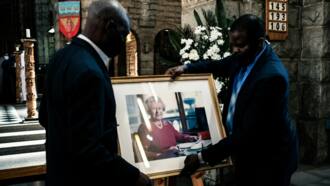 Mauritius is an island nation in the Indian Ocean with a small population of just over 2 million.

Its capital is Port Louis and under British colony it gained independence on March 12, 1968 with Sir Seewoosagur Ramgoolam becoming the first Prime Minister of an independent Mauritius.

Nigeria, often referred to as the giant of Africa or even better, the trigger of Africa due to its location on the African map.

The Federal Republic of Nigeria has a population of over 250 million, making it the most populous black nation in the world.

It is Africa’s largest economy and its seat of power is in the Federal Capital Territory (FCT)-Abuja.

Zimbabwe, formerly Rhodesia, is located in the southern part of Africa. It has a population density of over 15 million people.

Newspaper review: How a smart Nigerian woman earns over 5 billion naira a year

It was also one of ten African nations under British colony.

Its capital is the city of Harare and on November 11, 1965, a unilateral declaration of independence was signed in 1970, Zimbabwe became a republic with its first president being Canaan Banana and Robert Mugabe being the first prime minister.

Sierra Leone is a small country in West Africa with less than 10 million inhabitants. Its capital is Freetown and it was also a former British colony.

South Africa is another country under the British colony with a population density of over 60 million people.

Just like Nigeria, Kenya and Ghana, South Africa is another country with a deep-rooted cultural and traditional history.

Its capitals are Cape Town, Pretoria and Bloemfontein, each with different purposes. 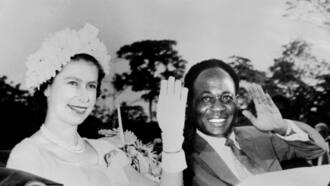 The country’s independence status dates back to the early 1990s, but it held its first universal elections in 1994, which saw the emergence of Nelson Mandela as president.

Uganda is a country in East Africa whose capital is Kampala.

Also a British colony, Uganda gained independence on October 9, 1962 with Queen Elizabeth II as head of state and Queen of Uganda.

In October 1963, Uganda became a republic but maintained its membership in the Commonwealth of Nations.

The contribution from the Central Emergency Response Fund (STAG), announcement on Thursday will go to relief projects in six African countries and Yemen. I allocate 100 million dollars of @A DEER fight against hunger in 7 countries. The fallout from the war in Ukraine is pushing the most vulnerable people even closer to starvation. The […]

Charles Dhewa There is no shortage of abandoned small and medium food processing plants in many African countries. After entering a community and seeing an abundance of tomatoes, mangoes, pine cones and many other types of fruit, some development agencies and ministries were forced to mobilize resources to set up a processing factory. However, a […]

African countries must protect their fish stocks from the European Union

Fishing is a source of employment for millions of people in the small-scale sector on the African coastline. Their fishing activities in turn ensure food security for more than 200 million Africans. To regulate the fishing industry, African countries have signed numerous agreements with trading blocs such as the European Union (EU). The EU has […]