Secretary General of the Malagasy Ministry of Agriculture and Livestock, Fanja Raharinomena, removes rice seeds during a demonstration session on the huller in Mahitsy, a town northwest of Antananarivo, Madagascar, on May 6, 2022. Photo: Xinhua

The Secretary General of the Malagasy Ministry of Agriculture and Livestock, Fanja Raharinomena, thanked China for its commitment to support African countries in the development of their agricultural sector.

Raharinomena described China as “a pioneer in hybrid rice research in the world” and thanked “the Chinese government for its commitment to support African countries and particularly Madagascar, in the development of agriculture”.

During a visit on Friday to the Chinese government-funded hybrid rice variety demonstration fields in Mahitsy, a town northwest of the Malagasy capital, Antananarivo, she said the development of the rice sector is a ” pillar of food self-sufficiency in Madagascar”. ”

“It can contribute to a rapid increase in the level of rice production,” she said.

Madagascar enjoys a humid tropical climate, with abundant sunshine and water resources – the right conditions for growing rice, but inadequate infrastructure, outdated farming technologies and lack of investment have prevented the country from producing enough of rice to meet local demand, having to import hundreds of thousands of tonnes each year.

In May 2019, China’s National Hybrid Rice Research and Development Center opened an office in Madagascar, and one of its main tasks was to breed various hybrid rice varieties based on Madagascar’s diverse ecological environment. island state and improve food security on the African continent.

In partnership with the Chinese national center, the Indian Ocean Trading Company (STOI) has been popularizing hybrid rice in Madagascar since 2017 by giving inputs to farmers.

Through cooperation with the Chinese center, he said, the most suitable hybrid rice varieties have been identified for different regions of the country, yielding 10 to 12 tons per hectare, Rabetsitonta said. 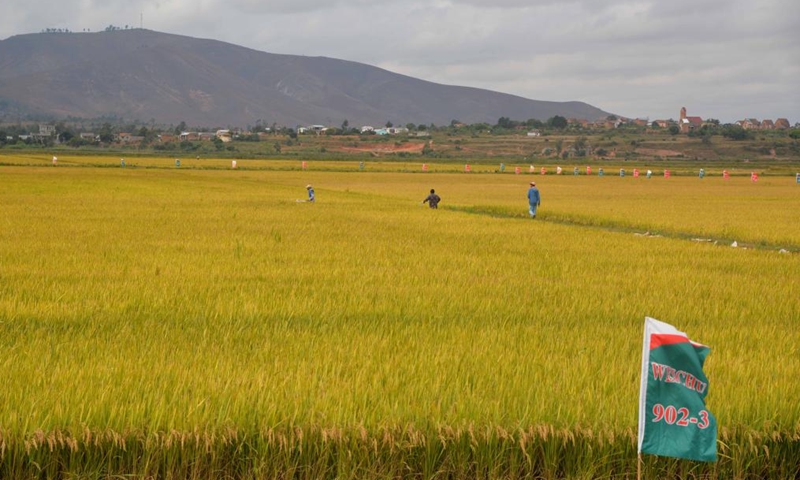 Photo taken on May 6, 2022 shows the demonstration fields of hybrid rice varieties in Mahitsy, a town northwest of Antananarivo, Madagascar. Photo: Xinhua 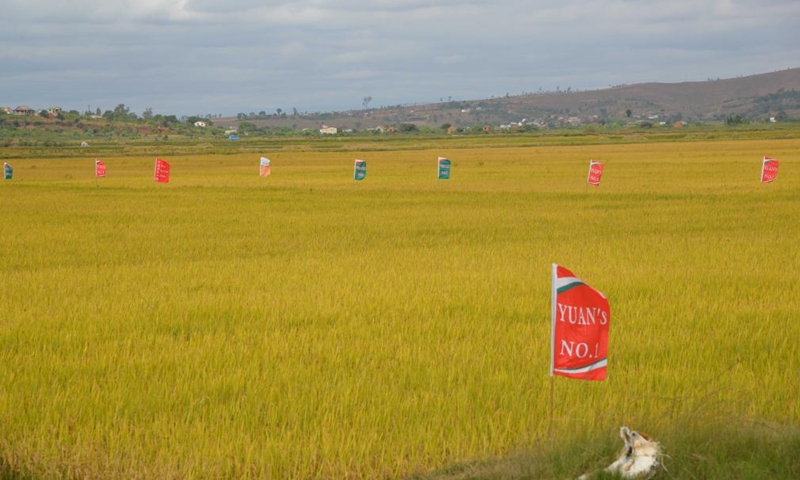 Photo taken on May 6, 2022 shows the demonstration fields of hybrid rice varieties in Mahitsy, a town northwest of Antananarivo, Madagascar. Photo: Xinhua

US allows hunters to import elephant trophies from African countries

The US Fish and Wildlife Service informed some hunters last month that it would allow six trophy elephants to be imported into the United States from Zimbabwe. The African elephant carcasses will be the first allowed into the country in five years. The decision reverses an agency-wide suspension on the processing of elephant trophy import […]

From Aidoghie Paulinus, Abuja Fifty-three African countries have welcomed Chinese President Xi Jinping’s Global Development Initiative proposal. Support for the proposal by African countries was part of the outcome of the 8th Ministerial Conference of the Forum on China-Africa Cooperation (FOCAC) held in Dakar, Senegal, November 29-30, 2021, as content in the Dakar Action Plan […]

(Agence Ecofin) – The downward trend in democracy around the world has accelerated in 2021. In Africa, restrictions due to covid-19, insecurity and political tensions have added to a series of blows state in the sub-Saharan region. The Economist Intelligence Unit (EIU) has just released its 2021 Global Democracy Report, which ranks countries around the […]